This competition has been reintroduced for this year and we were very excited to be taking part as we have previously won the trophy! Having only had a short practise as teams two days previously our highly motivated children were joined by Miss Richards and Mrs Keeble in the huge Arena at HBH School.   Once there the two teams played several matches incredibly well with both reaching the quarter finals!  One team then went through to the final and won their game convincingly! Congratulations to all the children.  Every child performed at their very best with great skill, enthusiasm ad team effort.  We are extremely proud of them.

For the last three years we have won this competition so we thought it was about time to let another school take the trophy! We entered a smaller team of mixed Year 1 and Year 2 children from our WUSU club who had a wonderful time performing on stage at the Boughton Village Hall in front of parents and other schools. We were very excited to be taking part and the children were highly motivated, dancing very well and thoroughly enjoying the morning. Congratulations to all the children who took part and then performed the routine to the whole school on their return. We are extremely proud of them.

Since this competition began we have been able to showcase the talents of our children and either won this competition and moved on to the Kent Finals or had very high placings. This year we entered three teams and a solo entry. The day began with the children all competing at the vault then moving on to the floor exercise and finally performing a body management routine. All of the routines were performed individually in the enormous Arena on huge blue matted areas in front of judges which was quite an achievement when you are only 6 years old. We were incredibly proud of our teams and especially when they were complimented on their outstanding behaviour. Our results show that once again the provision at Herne is excellent as our teams were placed first, third and sixth with our individual entry also winning that category. Congratulations to all the children who took part and a huge thank you to their parents for all their wonderful support.

This was third time lucky for the race as it had previously been rained off which was very disappointing as we had a great team of children raring to go on those occasions. This time however, there was just a gallant Kyra who led our school and raced her way round the course wearing the Herne colours with pride. Well done Kyra for coming a very respectable 9th place in such a strong field of runners.

Ten children from Year 2 travelled to Herne Bay High School for the Infant Agility competition with great excitement and anticipation. During the afternoon the children took part in a range of races including relays, bowling, standing jumps and speedbouncing. Everyone had a lot of fun and played with all their effort and enthusiasm.

Once again our children proved how talented they are by gaining a place in the Kent Gymnastics Finals this year alongside 372 other children from across the county of 14 School Sport Partnerships. The excited team of 5 travelled to Maidstone to compete at the Pegasus Gymnastics Sports Centre. There are three disciplines and the children had practised hard to be at their best on the day.

As you can see from above, our scores were high and we just missed a medal position by 0.7 points. The team came 7th overall out of a total of 21 KS1 teams – a brilliant result and we are enormously proud of our gymnasts. Well done to all team members who displayed great perseverance and motivation despite the temperature on the day being in the thirties.

This was our second attempt at the competition (having had it rained off earlier in the year) and our two teams made up from 17 incredibly motivated year 2 children set off in high hopes with their sporty coaches Miss Richards and Miss Reeves. They were not disappointed as between them our two teams won 5 matches, drew 1 and only narrowly lost 2 games. One team reached the final which was nail biting with the sporty coaches going wild at every goal! However, the game went to penalties which only added to the excitement. Sadly the other side scored ahead of us but we came away very proud silver medalists with our heads held high. Congratulations to our magnificent year 2 footballers. 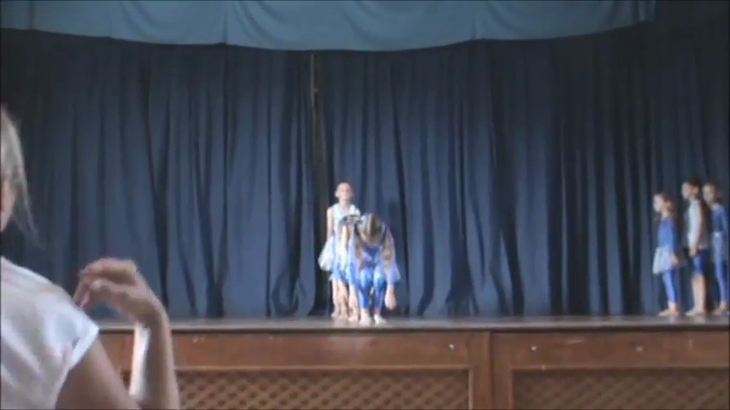 The weather had been glorious but on this day the rain came! With great sadness the team at HBH decided to cancel the morning competition for KS1 children. There were a lot of disappointed people (children and staff).

This was another competition that had to be cancelled at short notice. This time it was at county level and we are hoping that the organisers will rearrange the date for September as we are very keen to give out children the opportunity to take part in games against other schools.

Each class held their own competitions and then came together to share their winning routines. These were then performed to the whole school! In Year 1 the children demonstrated travelling and balances with very good control. Year 2 children had the challenge of including a roll, jump and balance as well as travelling in an interesting way. They too practised in classes and chose the best routines to be judged. Well done everyone and congratulations to the winners.

New Age Kurling has been on our curriculum for several years and is a totally inclusive sport (being originally designed for the Paralympics). The whole year group has demonstrated excellent progress in skill development and accuracy this year. Each child has been part of a team within their class lessons and learnt the rules of fair play, technique and strategies with everyone trying very hard to win. Each class held their own competitions with teams of four children in the last session of the term.  Five teams then competed against each other for the final round. Congratulations to Class 9 who won by just one point from Class 7 in a hotly contested final!

The whole of Year 1 were together to compete in a league of hockey matches which proved to be very exciting! The year group was split into two teams per class with a time limit of 10 minutes to score as many goals as possible. It was a fabulous opportunity for them to use their skills of sportsmanship and knowledge in front of a roaring crowd. Congratulations to Class 6 who managed to win overall.  Praise also goes to the three Players of the Match who showed themselves worthy of special recognition. We are looking forward to the next Year 1 sporting competition.

It is now a tradition that the staff have their own competition on Shrove Tuesday so once again the teams lined up to do battle with a frying pan and a pancake in front of the whole school. This year our lovely vicar Estella was the referee and judge – a role she was not prepared for but stepped up to with a big smile. Year 1 were quickly knocked out which left Year 2 and Foundation Stage in a very close final. As you can see from the pictures, Foundation Stage were the winners for this year – congratulations!

All original images and photographs displayed on this page may be subject to copyright. Except as otherwise expressly permitted under copyright law, you may not copy, reproduce, republish, download, post, broadcast or transmit in any way, any image without obtaining the permission of the site owner or copyright owner.

Within the curriculum lessons the children were split into teams each week to compete in races for three-legged, javelin and speedsteppers as well as a very energetic sack race. The children’s skills improved so much during the term that many children progressed to winning races when they had previously found very challenging.

This is one of the most successful activities that we organise each year as it involves parents and children joining together to have a great deal of fun in a low-key, non-threatening competitive situation with participation for all. Each year group planned a carousel of sporting challenges with a competitive element which the children enjoyed in teams of 10. Spectators were once again encouraged and coerced to be active participants with many taking the sports very seriously! Congratulations to everyone from Nursery to Year 2 for showcasing the sporting excellence at Herne.

This much anticipated competition was once again an outstanding experience for all concerned. Each class chose a piece of music around the theme of colour to base their dance on and performed in front of our judging panel; Mrs Jenkins and our lovely Beanstalk Reader Paul.

Our Nursery children began the day with a fun, toe tapping routine which had the whole audience smiling and jiggling along. Foundation Stage showcased three wonderful dances with the children wearing the BIGGEST smiles as they performed. The complexity of the movements had the audience spellbound in wonder at such ability. These young children could all remember where they had to be and what they had to do at each stage of their dances. Year 1 continued the excellent performances, having learned some complicated routines which they performed faultlessly and with high energy. Year 2 finished the competition and demonstrated the progression in skills from YR to Y2.  Feedback from the judges included words such as Amazing! And Fantastic! As well as ‘great routines’ ‘complicated’ ‘high energy’  ‘happy faces’. The judges took a long time to decide the winner from each year group but the end result was  Classes 2, 6 and 8 being declared overall champions for this year.

Our finale saw these classes perform once more along with our Year 2 Competition Troupe. A magnificent day which would not have been possible without our incredibly talented, creative teaching staff and the energy and commitment of our children.